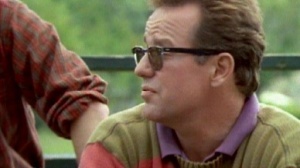 The “Bad Idea Jeans” skit from Saturday Night Live lingers with one of the most useful lines in popular culture.  Check out the skit here on Hulu: the very young Mike Myers is a wonderful trip down memory lane (depending on your age, of course).  Every time I think its utility is past, I find a new opportunity to use the concept.  The skit is great because it’s not so much about making the wrong decision as about making a decision that is simply A Bad Idea.

As each of lines in the SNL skit demonstrate, A Bad Idea seems to pivot on throwing caution to the wind and not thinking through the potentially extensive, permanent, and disastrous consequences of the decision.  There is a short-term burst of bravado coupled with thoughts only of the action itself, and no concern with what happens next.

The Governor of West Virginia is wearing his Bad Idea Jeans this morning.  It is anticipated that he will announce plans to sue the Environmental Protection Agency (EPA) over tightening permitting procedures considered by the mining industry to hamper its ability to make as much money as possible.  The more coal that comes out the ground, the more severance tax dollars that can be collected, and therefore the greater the amounts of money that flow into the state’s bank accounts to support state government.

What you will hear about is jobs.  You will hear that permitting is hurting job creation and retention for good, hardworking West Virginians.  Whether or not these are the jobs we should be creating and retaining is a matter of debate, though my heart goes out to miners right now.  They are caught as pawns in an intense and serious conflict about the future of West Virginia and the viability of the state from environmental, governmental, and cultural perspectives.

By even considering suing the federal government — and of all things the agency tasked with protecting clean air and clean water — the governor looks desperate.  It’s short-term thinking at best, and seems to be an obvious attempt to ratchet up his chances at defeating a more conservative political opponent for the U.S. Senate seat left vacant by Robert C. Byrd:

Republican John Raese, who is running against Manchin for the U.S. Senate seat held for decades by Robert C. Byrd, has alleged that Manchin has not shown enough support for the mining industry and would not stand up to President Obama on coal-related issues.

Someone considered “in the know” told me once he thought the governor was a smart man, but that he had an unfortunate tendency to be swayed by the last person he spoke to about an issue.  If that is true, he needs to start having his “last conversations” with people other than political hacks worried about their own necks and people on the coal industry’s payroll.  Which, come to think of it, would mean shutting out his own administration entirely, as we have already established that coal supports state government to an incredible degree.  I might need a time out to recover from the whiplash.

While it’s not rock bottom by any stretch around here, this is West Virginia politics at its most disappointing.  No vision, no plan, just ego and distraction.  And some really ugly jeans.