This is part 3 of a 5 part essay for the Essays on a WV Childhood project.  To go to the beginning of the essay and start with part 1, click here. 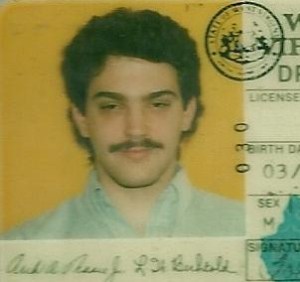 In the fall of 1983, I became a sophomore in high school, and from my journal it is clear that I was obsessed with interpersonal relationships.  I made endless lists of people who I considered friends.  I made a list of all my classes and the people I liked in them.  I wrote short profiles of classmates.  After any kind of social event I made a list of the people I saw there and noted which relationships were improving.

Junior year I increasingly pursued friendships with guys that I found physically attractive, all the while meticulously charting the progress of my personal relationships.  My primary sources of social interaction were school and the church youth group.  I also did a brief stint in 4-H and had a couple of neighborhood friends I with whom I played Dungeons and Dragons.  It was a good year.  My brother was off at West Virginia Wesleyan College and my sister was still at John Adams Junior High.  I had the whole high school to myself; I was free to be the person I wanted to be without worrying about doing something that would embarrass or annoy my siblings.  I was never popular, but I felt like I got along well with most people (which was a big thrill for an introvert) and I had a couple of good friends.

In my junior year, I continued to use codes to record things that I was afraid to state explicitly.  After taking a Psychology class I decided to keep a Dream Log and to analyze my dreams.  One of the things we learned in the class was that some dreams are “compensative”–they allow you to experience something missing from your waking life. Some of my dreams were just nonsense, but some were more revealing, as this log entry shows:

“I remember something confusing going on that centered around Kroger’s….  Then the scene switched and I was in room 213 with Stan(*).  I don’t know if we were the only ones there or not.  It didn’t seem to matter.  There was a strange closeness between us… (SC).”  [*Name has been changed.]

Nowhere in the Log did I provide a key to explain to the reader that “SC” meant the dream included sexual content.  In the analysis of this dream I wrote, “Second part seemed to be compensative (enjoyed [it]).” 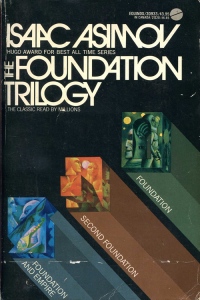 At the same time I was having sexual dreams about guys, I was extolling the virtues of my friend Sheri.  Sheri was the coolest person I knew–she was brilliant.  She played the piano, she liked to read, she introduced me to the music of Laurie Anderson and the writing of Ursula Le Guin and Isaac Asimov.  Most significantly, she was an encouraging friend.  For Christmas of 1984, she gave me Asimov’s Foundation trilogy and wrote kind notes inside the books encouraging me to continue writing my own stories.  She had a profound effect on me, and in January of 1985, I wrote, “I never get tired of being with her….  She’s the only person I would even consider marrying….”