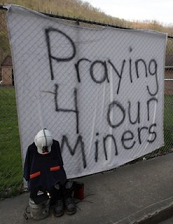 When I heard the news that Rolling Stone was profiling Don Blankenship, CEO of Massey Energy, it seemed like a gift from God.  Finally, the nation and the world would get a look at what West Virginia has been battling for decades.

I started taking Rolling Stone magazine in my early teens.  My friend Joanna gave it to me as a gift for my birthday, and continued it for a few years before I picked it up on my own.  It’s been several years since I subscribed, but I still buy it from the stand from time to time.  Honestly, it was Cameron Crowe’s film Almost Famous that brought me back, and I’m grateful.  If you haven’t seen the movie, you really owe it to yourself.  Frances McDormand, Billy Crudup, Philip Seymour Hoffman, Kate Hudson. Anna Paquin – wow.  The writing is great and the performances genuine.  I’d pay full price in the theater again just to hear Frances tell Billy over a pay phone, “Russell, it’s not too late to become a person of substance.”

What RS does better than anyone is deliver profiles of famous people that reveal the human being submerged in the image.  After reading such a piece, I traditionally need to spend a few days shaking off the unpleasant feeling that everything I’ve read prior about the featured person is obscenely incomplete and unfair.  I’m not saying RS writers don’t have agendas, because everyone does whether they acknowledge it or not; but profiles in Rolling Stone are difficult to categorize as manipulative.  When one reviews the sequence and elements of the story, rarely if ever will much emerge beyond undisputed facts and the verbatim reflections of the people directly involved in the story.  I find RS writers often surprise themselves with the degree of empathy and connection they build with people who, profiled differently and in ways less complete, are not hard to despise.  The profile of Blankenship met all of my expectations in this regard. 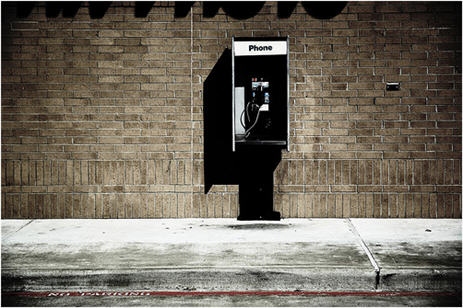 There are stories about Blankenship’s childhood, youth, and young adulthood.  His now infamous “investment” in (then) West Virginia Supreme Court Justice Spike Maynard is reviewed, and lest you forget how bad that smelled you can catch another nauseating whiff here.    Blankenship’s memos directing miners to ignore safety violations, his crushing of the United Mine Workers in 1985, and his swanky mansion with its own water supply piped in are all presented and chronologically explained.  I knew most of these things, but something about having it all recounted as event after event pulls together a story most of us have been trying not to put together.  It’s just too awful.

If one wanted to dismiss much of said story as “just business”  (which I hear all the time), it is still impossible not to be jarred by the consolidation of immoral corporate conduct that has had such devastating and irreparable consequences to so many people.  I don’t toss around the word “evil,” but a better word is hard to find.  I try not to describe human beings as evil, but there are actions that are driven by a system of rewards I think reasonably could be termed evil.  Consider:

During the 198os, the company (Massey Energy) injected more than 1.4 billion gallons of slurry underground — seven times the amount of oil spilled into the Gulf of Mexico during the BP disaster this spring.  According to the lawsuit, Massey knew the ground was cracked, which would allow the toxic waste to leach into nearby drinking water.  But injecting the slurry underground saved Massey millions of dollars a year.  “The BP oil spill was an accident.  This was an intentional environmental catastrophe.” (p. 88)

All told, Jeff Goodell’s portrait of Blankenship is something that will linger in the reader’s mind for a long time.  It resonates with the old saying, “Man is not punished for sin, but by sin.”  Goodell is certainly not out to paint Blankenship as a hero, but there is a surprising degree of pain in his conclusion that “the dark lord of coal country” did not make choices that could have lifted him up as a visionary with the potential to lead his people out of darkness.  Blankenship was a local boy with street cred in Appalachia.  Goodell believes Blankenship could have been a voice of reason and sanity about coal’s future, about energy transition and business ethics.  Goodell makes the case that he could have saved lives — hundreds of lives if not more.

I think Goodell’s conclusion is romantic, and fails to take into account the fact that Blankenship rose to power and influence based on a ruthless and cold profits-only mentality for which he was richly rewarded.  It seems slightly flawed to ask why Blankenship didn’t use his power for good when in fact he would have had no power at all with Massey if it were not for his utter disregard for human life and health, both now and in the future.

Still, it is impossible to know.  Nothing scrapes at the human heart like lost potential and doors that are forever closed.  RS has a small collage of photographs of Blankenship over the years on page 86.  Perhaps it’s the Christmas season, but when I look at the yawning canyon between the handsome senior class president and the bloated and dead-eyed coal baron 40 years later, it breaks my heart.

I wonder what Frances would say to Don on a pay phone?

3 thoughts on “Mr. Blankenship? The call’s for you.”