“I’m not dating anyone,” my friend wrote.  “Right now I’m traveling and doing things on my own.”

In that one phrase, I’m peeling the onion, he catapulted me several years into the past, to the strange and dark days of life after divorce.  There wasn’t much to do but peel layers and cry. 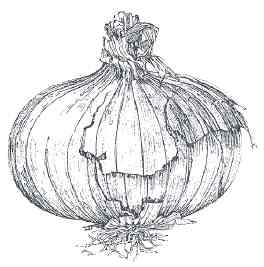 The end of a marriage is both a uniquely intense, poignant event and a very long process.  It starts before anyone files papers, and it goes on for a long time after a judge decides the legal relationship is dissolved.  Building and sustaining a healthy, long-term relationship means being willing to work on yourself, not just before marriage but all of the time.

All of the time.

It’s maddening to hear,”Marriage is hard work.”  What does that even mean?  I’ve never found it helpful because it could mean anything and nothing.  It’s usually said by people who have been married long enough to know what it takes but who also don’t really want to talk about it.  If you actually tell someone what you mean when you say, “Marriage is hard work,” you will need to reveal every human weakness you’ve brought to the table, and not many people want to sign up for that.

It’s a shame, though, because it would help to know that successfully married people aren’t necessarily people who are better than you are as a human being.  They may just have a higher tolerance for vulnerability and humility than you do.  Which, come to think of it, may in fact mean they are better people.

Whittling it down to a specific definition, I’ve learned it means we are crazy to try to bring ourselves to a life with another person if we aren’t willing to work every day to better know, understand, and share ourselves.  This is a cycle of vulnerability and strength requiring endurance, humility, and complete devotion to purpose.

For me it has also required wine, naps, and the occasional long walk.

The first time I was married I was very young.  That is no excuse for failure, as there are lots of people who marry in their early twenties and have spectacular success as spouses for decades.  I was not one of those people, and I suspect that one of the many reasons is I thought I knew a lot of things that I simply didn’t actually know.  I remember acting with complete conviction on multiple occasions when in hindsight I was just repeating ideas because someone else had told me they were true.  I don’t need to reinvent the wheel, but I say now with confidence that I can’t put someone else’s tires on my marriage vehicle.

They look wrong and the ride is wobbly.

My husband and I have been through some very difficult times, both before and after we were married to each other.  One of the things we know is that it’s never just about waiting for the other person to pull their act together — this is our act.

We pull it apart individually, and we pull it together as a team.

One layer at a time.