As I re-read yesterday’s post about marriage, divorce, and “peeling the onion,” I noticed that the three coping mechanisms I listed of wine, napping, and long walks all had a strong shared theme.

They each represent a method of disengagement.

They represent other things too, such as time for reflection and in the heat of argument they can be effective tools for putting some cooling off space between two people who are not communicating well.  But despite their constructive values, they do each represent a certain degree of withdrawal versus engagement.

When I saw that pattern, it got my attention.

It made me think about what we do at a purely animal-level and what we are capable of doing when we try harder.  My friend Rick Wilson has a spectacular blog focused on social justice.  A recent post (click here) featured a quote on this issue of the human higher calling  from one of my favorite writers, Wendell Berry:

How often in our relationships do we react like rats and roaches?  In other words, do we blindly accept the biology of fight or flight, and do we use it to rationalize why we aren’t rising to a higher calling with those we love?  I know I have.  Not in a particularly articulate manner, mind you, but upon review I would say I’ve had more than my fair share of moments where I reacted more like a rat than like the best reflection of God that I could be.

I will still take a walk around the block, breathing deeply and sometimes muttering in frustration.  And I will still have a glass or two of wine and stare into the fireplace and imagine I’m actually at the Algonquin Roundtable instead of in an unresolved conflict at home.  I will still take a nap.  Why?  Well, sometimes just because I am really weary.  (Kevin Costner to Tim Robbins in Bull Durham:  “Women don’t get woolly, Meat.  They get weary.  Women get WEARY!”) 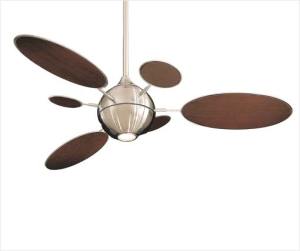 Which by the way is some of the best napping ever since Superman Husband installed a surprise replacement ceiling fan for Mothers’ Day that makes the sweetest white noise……….

But I try now to see these activities for what they are.  They are a break in the journey, a rest break if you will.  They are not places of eternal refuge.  They are places for very short time-outs to reconnect with the woman I want to be for myself and my family.

It is the breath of God.

2 thoughts on “Get Engaged. Stay Engaged.”