These are the draft post titles of the stories I considered but did not write during this project:

These are all good stories that I may tell one day, but I realized what is one of the very best kinds of stories? GHOST. How could I have missed that one?

Several years ago, I was working for a Charleston small business with offices out of an old house. We threw a pretty great holiday party if I may say so myself, but the celebratory prep was marked with an odd series of events.  Each year as we spent about four weeks slowly getting ready for the party, we noticed things started disappearing.

The most memorable item that went missing was a huge handle of Jack Daniels whiskey. Now you might think, that’s easy, someone just swiped that…but that didn’t seem to  be logical. We were all people who liked to have a good time, but none of us were hard drinkers and most of us never even touched whiskey.  We were all very polite, ethical, engaged professionals who could afford our own party supplies as needed, and it just did not fit that one of us had taken such a large and obvious item out of the office.

Other incidents would crop up in that month before Christmas as well. Things that had been left on desk tops in the evening were gone in the morning, such as staplers and tape dispensers.  Holiday decorations, reams of paper, and even unopened food such as coffee and chips became unaccounted for.  It was never enough to accuse anyone of nefarious behavior, but it was just enough of a pattern to get one’s attention and to raise curiosities.

One year a colleague said, “You guys will laugh at me, but I heard once that our missing items might be connected to the presence of a ghost.”

No one laughed, we just leaned in for more detail.

“Some people believe that the spirits of the dead return to the place of their departure from Earth to try to get the attention of the living. They have unfinished business. If you pay attention to them, they may go away.”

We all did laugh then, but in a way that clearly said, Dammit. I think I might believe that.

We were divided on an appropriate way to “pay attention” to the spirits. Some people wanted to light candles and invite a conversation, others were content to just acknowledge that there might be something to it all, and to show a little respect for the wandering soul.

After Christmas, the owner of the house shared a new detail about the presence we affectionately and somewhat fearfully called, “Our ghost.”

In conversation in Charleston, she’d discovered that there had been another house on an adjacent lot years ago. A young girl had died in a house fire there around Christmas time.  Almost as if our collective awareness of this child’s death was the antidote to her attention-seeking, once we knew of her death the pattern ceased.

To my knowledge, Christmas comes and goes uninterrupted in the old house today. Long before this incident, I determined that I do believe in ghosts, at least as I define them. I think there was a presence in our office space that came, and that left. I like to think our refusal to dismiss her energy helped her on her way to a peaceful place. 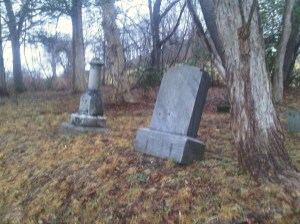 7 thoughts on “Esse-a-Go-Go: The Ghost Story”